I’ve been doing some research on underwear for the next installment of Vintage Vivant.  The theme is Storyville.  For those of you who don’t know…

Storyville was the red-light district of New Orleans, Louisiana, from 1897 through 1917.

Locals usually simply referred to the area as The District. The nickname Storyville was in reference to city alderman Sidney Story, who wrote the legislation setting up the district. It was bounded by Iberville, Basin, St. Louis, and N. Robertson streets.[1] Most of this former district is now occupied by the Iberville Housing Projects, two blocks inland from the French Quarter.

The District was set up to limit prostitution to one area of town where authorities could monitor and regulate the practice. In the late 1890s, the New Orleans city government studied the legalized red light districts of northern German and Dutch ports and set up Storyville based on such models. Between 1895 and 1915, “blue books” were published in Storyville. These books were guides to prostitution for visitors to the district’s services including house descriptions, prices, particular services and the “stock” each house had to offer. The Storyville blue-books were inscribed with the motto: “Order of the Garter: Honi Soit Qui Mal Y Pense (Shame to Him Who Evil Thinks).”

Since I was home sick yesterday (and today) I was scavenging the internet for a movie about the subject and stumbled on Pretty Baby. The plot sucks but I was watching for the history lesson.  You can watch it here…

Since I have made something new for each Vintage Vivant I was set on making underwear.  [They wore a lot of layers back in the 20s. So far the best resource online has been The Vintage Dressmaker.  She has several old advertizements and she started making a pattern for an envelope chemise. 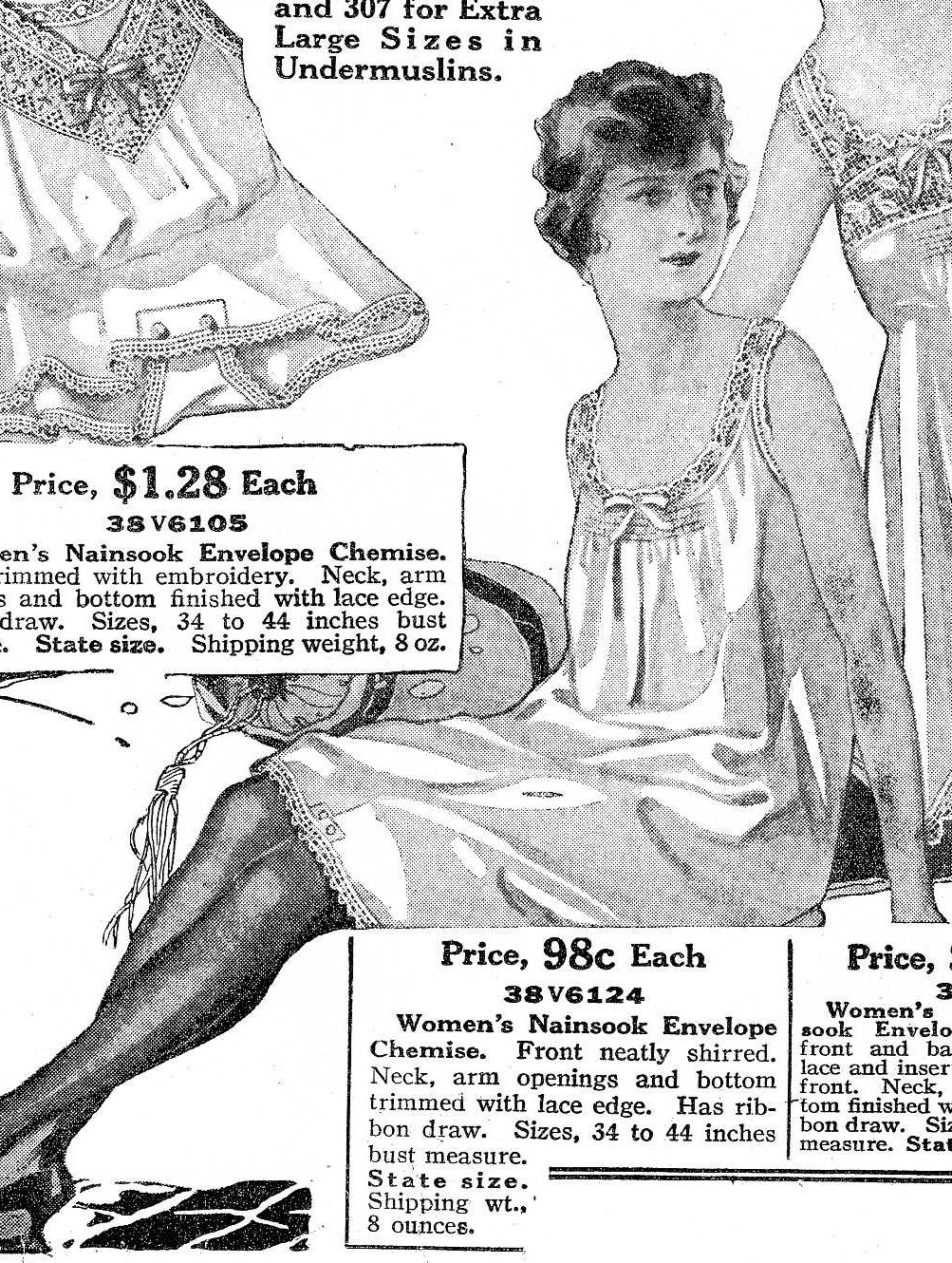 After learning of my quest, Jane sent me on a field trip to Cypress Vanguard to check out what Megan Summerville of Sew Sister was working on. “ “  She wasn’t around but I spent some time with Laura Del Villagio checking out the space and the merch [more on Laura and her hat’s some other time].  Hopefully I can sit down with Megan soon and talk about lacy underthings.  From what I saw, she is the person I need to talk to about mastering the rolled hem edge (along with my fear of dainty fabric).

Categories: From the desk of Spinsta, Talk about the fashion

One thought on “Lacy Underthings”